Among the artists of Brazil’s so-called Geração 80 (’80s Generation), referring to the main wave of new creators of that decade, Ricardo Basbaum was a dissonant presence. Although he was included in the seminal 1984 exhibition “Como vai você, geração de 80?”. , Basbaum’s practice challenged misreadings of the group, which was stereotypically associated with a return to painting from the politically engaged art of the previous decades, after a twenty-year dictatorship.
Artforum Link to Story

“Instead of causing us to remember the past like the old monuments, the new monuments seem to cause us to forget the future. […] They are involved in a systematic reduction of time down to fractions of seconds, rather than in representing the long spaces of centuries. Both past and future are placed into an objective present.”.
Zipper Galeria Link to Story

What sets a still image apart from a motion picture nowadays? For a long time, there seemed to be a clear and nearly polarized distinction between them: in photography, the ‘decisive moment’ (Henri Cartier-Bresson) ensured the possibility of an objective portrayal of a certain reality. Forever frozen in the past, it was at the same time immortalized and inseparable from the idea of its own death.
Zipper Galeria Link to Story

While its onomatopoeic title suggests that Alexandre da Cunha’s show will offer something in the way of percussive explosions, the mostly monochromatic works gathered in Boom offer a prevailing sense of quietness instead. Though such mixers are a common enough sight in São Paulo – given the abundance of construction – this one, dissected, seems alien.
ArtReview Link to Story

“Imagine Brazil” evokes a country long construed (and misread) via the superficial perspectives of other nations. But scholar Benedict Anderson’s notion of imagined communities as permanent social constructions is very relevant, too, as is anthropologist Arjun Appadurai’s view of imagination as a “a key component of the new global order.”.
Artforum Link to Story

Damián Ortega has dealt with matter and its physical properties for quite some time. A pupil of Gabriel Orozco, he dissects and reassembles objects of daily life, playing with their functionality and hidden energy. His material, now: an enormous Styrofoam block that he used to create copies of art-historically significant sculptures to scale.
Artforum Link to Story

Most of the works in Nelson Felix’s first retrospective exist on a continuum, as if they had no ends or beginnings. Some of the series took more than a decade to complete; others seem they will never be entirely. Gathering fifteen pieces including sculptures, drawings, and installations as well as nine videos documenting his ambitious site-specific works, the survey, curated by Rodrigo Naves, smartly avoids a chronological approach, letting a notion of temporal fluidityinform the very structure of the show.
Artforum Link to Story

Nathalia Lavigne is a PhD student at Architecture and Urbanism College, University of São Paulo, researching virtual collections on Instagram and the circulation of artworks as images on this platform. Holding a Master's degree in Cultural and Critical Studies from Birkbeck, University of London (2014) and a degree in Journalism from PUC-RJ (2004), she is currently an art critic, researcher and curator, after a ten-year career as a journalist in vehicles such as O Estado de S. Paulo and Folha de São Paulo. As a researcher, she took part of the the "Observatório do Sul" project, a platform for discussions promoted in 2015 by Sesc São Paulo, the Goethe-Institut and the Associação Cultural
Videobrasil, which brought together professionals from different fields to discuss the Global South in the field of culture. Among the exhibitions she curated are Image-movement (2016) and (Im)material present (2017), at Zipper Galeria. She is a also a member of the research project Aesthetics of Memory of the 21st Century, coordinated by Giselle Beiguelman, and a contributor to Artforum International Magazine. 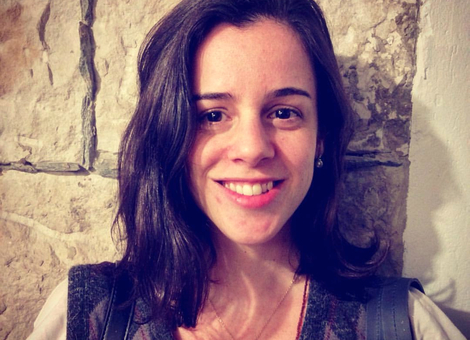